A Brief Introduction to one Aspect of my Father’s Business

Sometime in the mid nineteenth century, an industrial-age screw jack was designed and manufactured for the purpose of lifting buildings. The buildings could then be moved using a pre-industrial age capstan (see Figs.8, 9 and 10 below). My family’s entry into the business of moving buildings began with my grandfather Canning (1856-1934) when he stopped going to sea and came ashore in Boston to work for a period of time for a company that specialized in this type of activity. The company was actually formed by former Nova Scotians who may have learned the trade in Boston. When my grandfather felt that he had learned enough to start his own business, he returned to Port Greville, Nova Scotia. 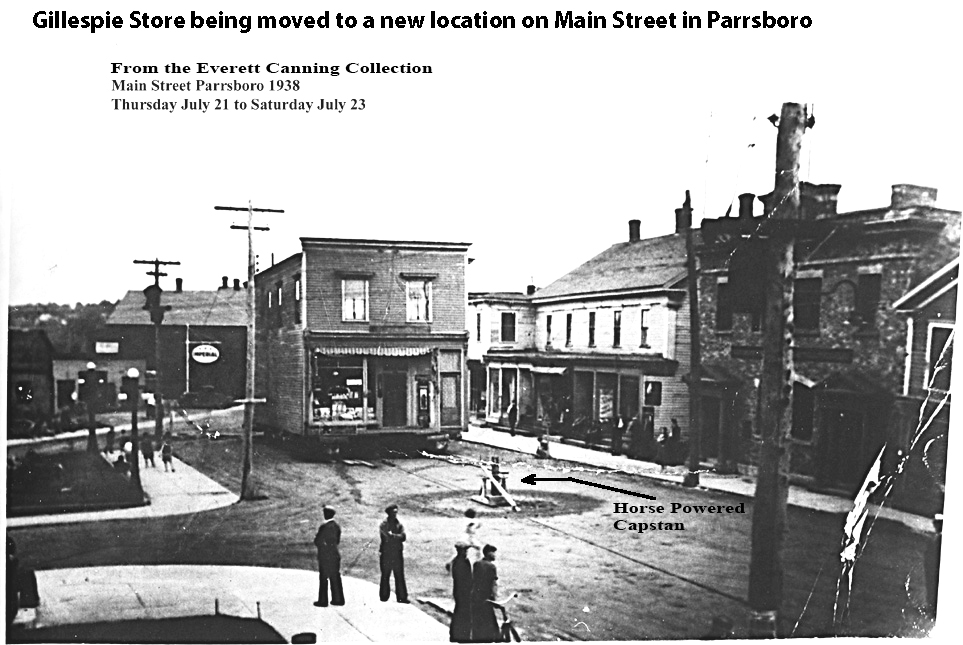 Fig 10. Getting ready to move the house forward 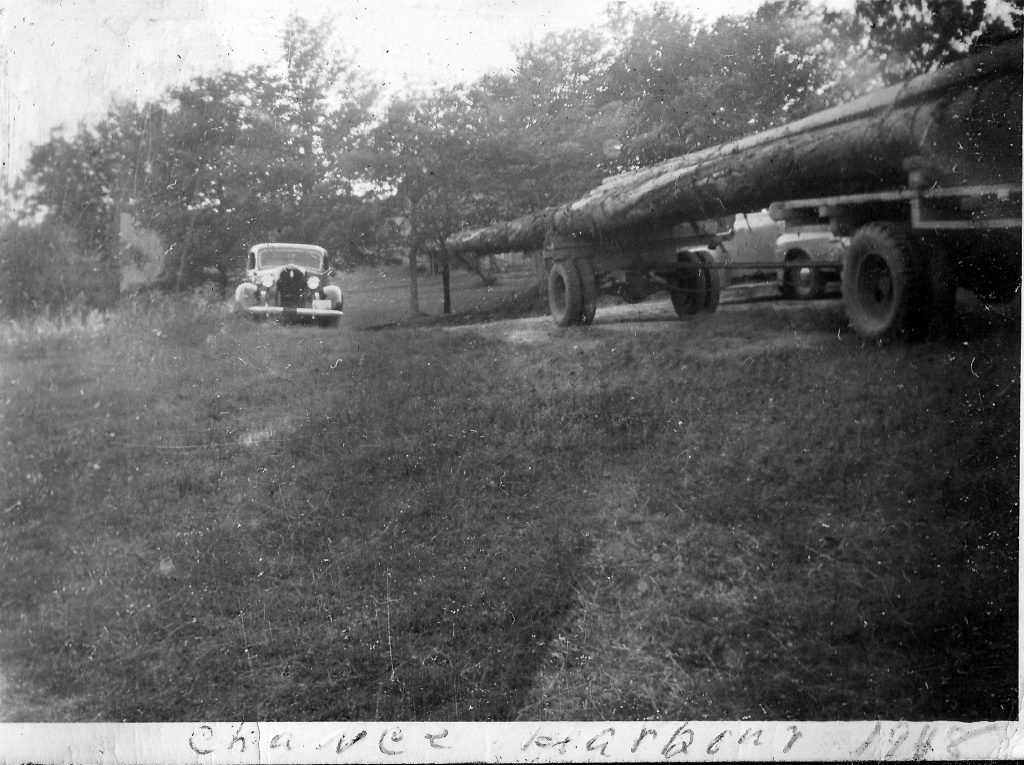 Fig.2a:  My father’s construction business involved moving houses. To do this, long timbers “squared” on two sides to form a flat top and bottom surface were placed under the building to be raised and then the building was moved. Two types of timbers were used; cross timbers and longitudinal timbers.  Both types were formed from tree length logs cut in old growth fores and then hauled as shown in Fig.2 by a truck and trailer arrangement to a location where each log could be “squared” . The timber formed from the log in Fig. 2 was a longitudinal timber. The “but” end of this timber along with its mate is shown in Fig. 2b. 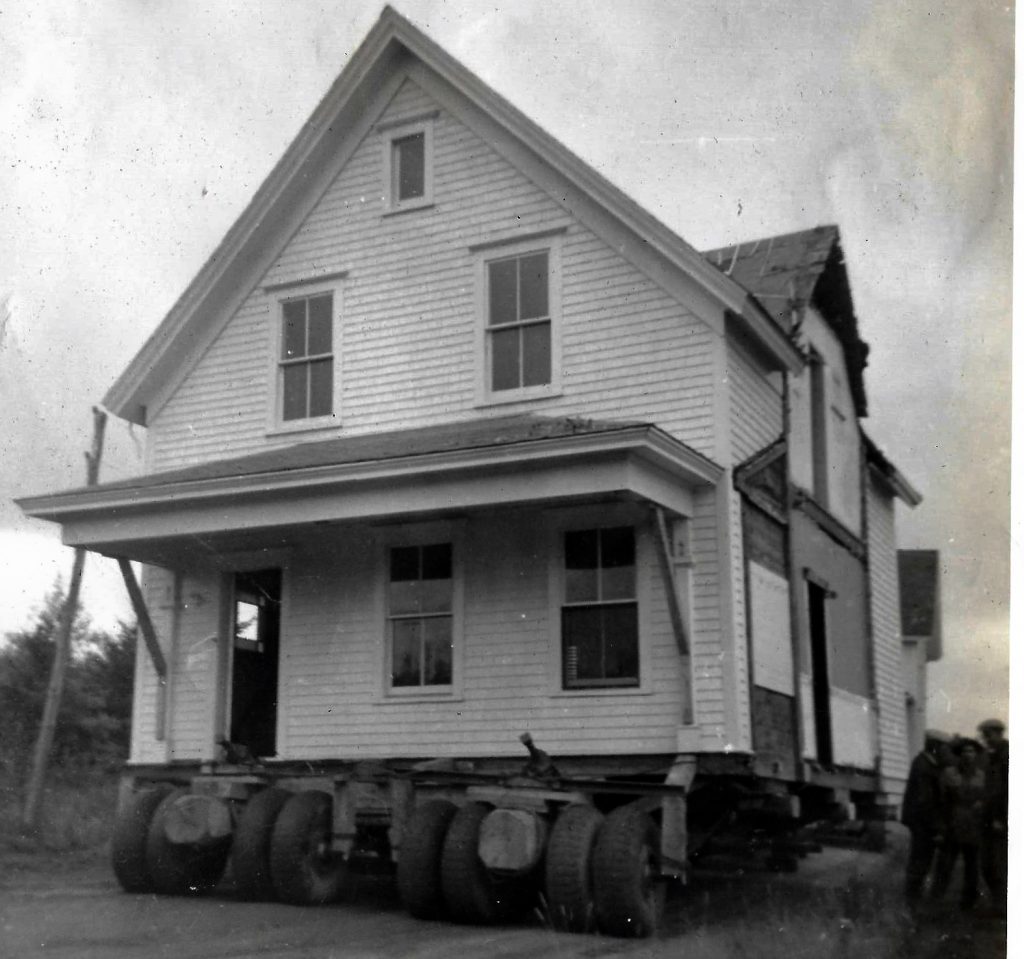 Fig. 2b Airplane wheels attached to the “but” ends of longitudinal timbers timbers placed under a house moved from Chance Harbour to New Glasgo in 1948. The ends of the cross timbers are visible behind the men on the right. 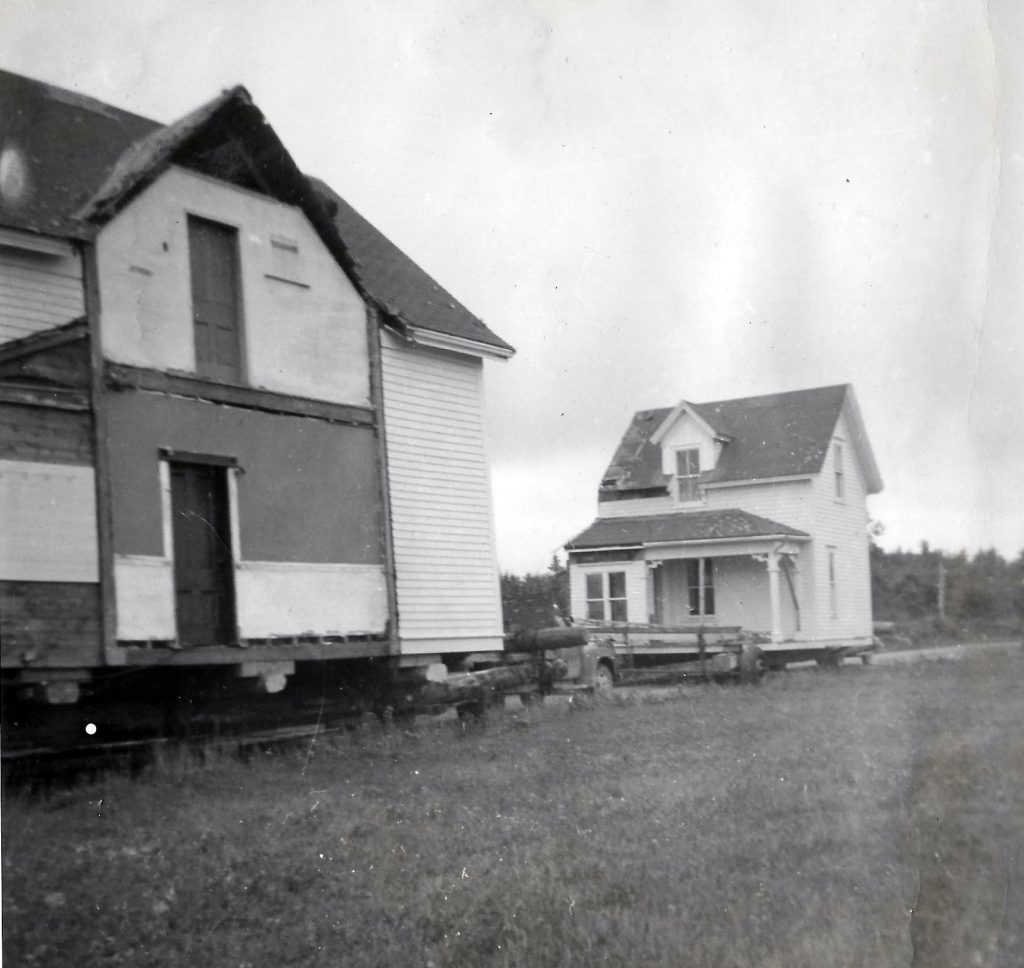 Fig. 2c The two sections of the Chance Harbour to New Glasgow House are loaded and ready to move. The ends of the cross timbers are visible as is the top end of one of the longitudinal timbers. The top end is attached to a so-called “Bunk” on the back of a truck. The back of the truck forms a “so-called” “Bed”. The Bunk/Bed arrangement allows the system to swivel when the truck is making a turn. This is an old but still very much used arrangement for allowing tractor trailers to turn.

Fig 2d The house at its final destination.

Moving a house before WW2 and after WW2