The French were first to dyke salt marshes in Nova Scotia/Acadie and their practices predominated until the expulsion of the Acadians (1755–1764). The Acadian dyke technology is  described in detail on a webpage
The Acadians and the Creation of the Dykeland 1680–1755 (on website Landscape of Grand Pré Nova Scotia).

The New England Planters who were brought in to Nova Scotia to settle the vacated land were not new to dyke building: 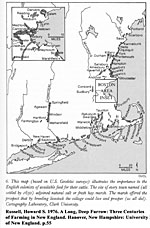 Before the salt marshes were considered wastelands in need of “reclamation,” and even longer before they were elevated to the rank of a “sacred cow” in the environmental movement, the marshes were clearly, and intimately, a part of the early New Englander’s “life support system” 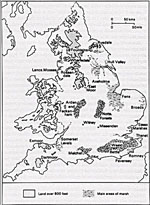