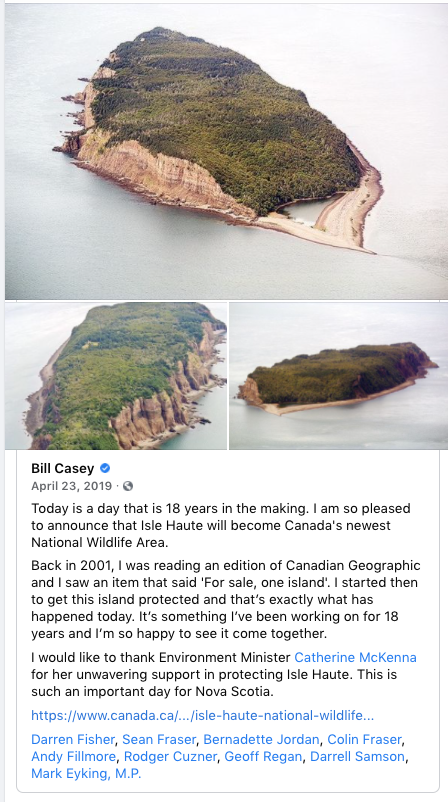 – Canada to establish a new National Wildlife Area in the Bay of Fundy
News release April 23, 2019 – Advocate Harbour, Nova Scotia “For centuries, this three-kilometre-long island was a meeting place for the Mi’kmaq. Today, Isle Haute, or High Island (in reference to the island’s steep cliffs), is a destination for day trippers and scientists who marvel at the island’s wildlife, including 60 species of birds, such as the Peregrine Falcon, the Great Blue Heron and the Common Eider, as well as 300 species of plants.”