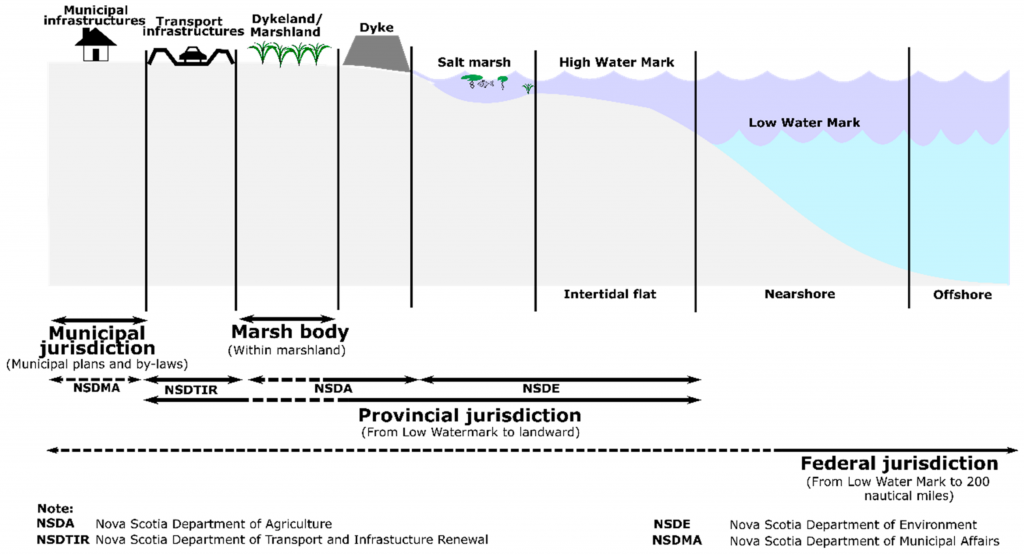 Breaching tradition: Salt marshes replacing Nova Scotia’s dikes
Moira Donovan for CBC Posted: Feb 09, 2020 “…A hundred kilometres away, on a different part of the Bay of Fundy, the conversation about holding the line is taking a different turn. Since 1870, Advocate Harbour has been protected by a dike originally built by Acadian settlers. But that dike, and the natural sea wall located just beyond it, are under increasing threat due to climate change.”

Climate crossroads
On newsinteractives.cbc.ca by Emma Smith, Phlis McGregor and Maeve McFadden, April 22, 2021 (Earth Day). About protecting dyke lands on the Chignecto Isthmus. “Residents, local leaders and experts all say it’s only a matter of time before the dikes fail, and it’s why researchers are now looking at ways to protect the coast by using a technique that’s even older than the dikes: the marshlands themselves. “I think it’s absolutely urgent that we act on this now,” said Danika van Proosdij, a professor at Saint Mary’s University who is helping to lead natural restoration projects in the Chignecto area. The method involves breaching the dikes, and moving them further back, so that saltwater can once again flood the marsh. Once the tidal flow returns, plants spring up in front of the dike and become a natural buffer to the waves. It will now be up to governments in New Brunswick and Nova Scotia “to make some tough choices about where to hold the line and where to allow it to move back,” van Proosdij said.”