Introduction
The Coastal Environment at Spencer’s Island consists of tidal flats, a coastal barrier, salt marshes, and a “raised outwash terrace” formed as a result of a complex process that took place when the ice melted at the end of the last ice age. In order to deal with the environmental and ecological components of the Spencer’s Island coast one must become aware of the diversity, complexity, and importance of the watershed ecosystems located on the two arms of the Upper Bay of Fundy. Such an awareness can be gained by examining the on line document “Ecosystem Overview Report for the Minas Basin, Nova Scotia”. This report, abbreviated EOR, was prepared in 2007 for Fisheries and Oceans Canada by M.Parker, M. Westhead and A. Service. 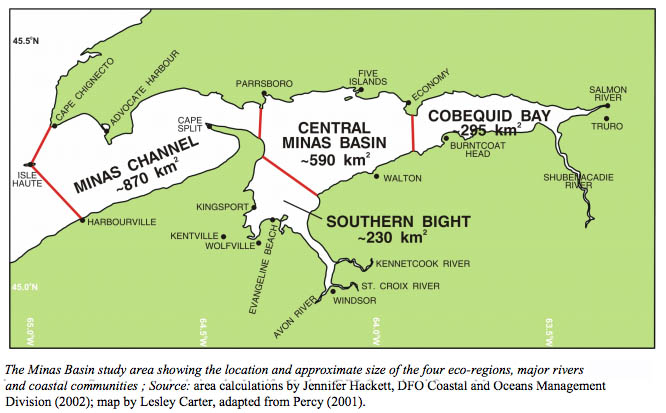 Fig 1. From Ecosystem Overview Report for the Minas Basin by M. Parker et al., 2007. Fisheries and Oceans Canada, Fig 1.2, page 4. Click on image for the Report

The community of Spencer’s Island is on the north shore of the Minas Channel. The map above shows that Spencer’s Island ecosystems, such its salt marsh and tidal flats, are adjacent to the Minas Basin (the major EOR study area). Differences must exist between the Minas Channel and the Minas Basin eco-regions. I would expect, however, that these two tidal regions have enough in common for the EOR to be useful at Spencer’s Island. An examination of the EOR table of contents will, for example, provide a list of the topics that that one must consider in a study of any Upper Bay of Fundy ecosystem. These topics range from geology and sedimentology to the biological systems that exist in the tidal flats, salt marshes and waters of the Minas Basin.

The EOR is a long report (179 hard copy pages and 199 PDF pages) containing a wealth of information. I suggest that you first read “13.6 Coastal Habitats”, a four page section starting at page 144 on the PDF version. Then consult the table of contents and read portions of EOR that are of interest.

The Gulf of Maine and Links to Additional Source Material

Spencer’s Island, located on the Minas Channel-Minas Basin arm of the Upper Bay of Fundy, is part of a large costal environment called the Gulf of Maine. This semi-enclosed and high tidal range sea is one of the world’s most biologically productive ecosystems. Several government and non-government institutions in both Canada and the United States are excellent source of online information on this important coastal region. Several web sites are given below. 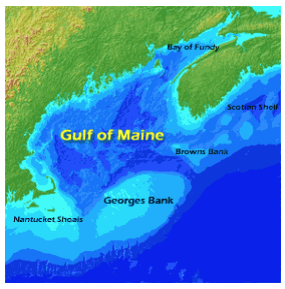 From the cover page of Ocean Zoning for the Gulf of Maine: A Background Paper by Fara Courtney & Jack Wiggin 2003.