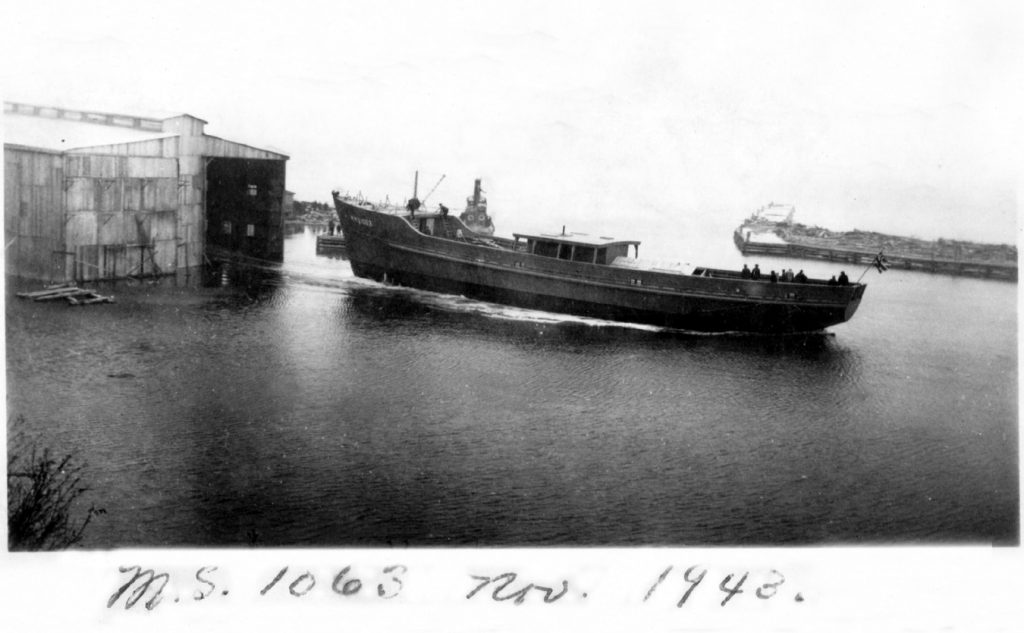 Fig 11: The Launch of Minesweeper number 1063 in 1942: As with all of the Minesweepers built at the Wagstaff & Hatfield Shipyard, Minesweeper # 1063 was constructed with wood rather than steel. The reason for not using steel is very interesting and is based on the magnetic properties of the iron content in steel; an alloy of iron and a small quantity of carbon. Iron, referred to as a ferromagnetic material, is composed of small strongly magnetized regions called domains. The magnetic field in each domain is very similar to that of a bar magnet and a ferromagnetic object such as the hull of a steel vessel can be thought of as a collection of randomly arranged bar magnets. So a steel hull consisting of unaligned bar magnet domains will not have a magnetic field of its own provided that the hull is not located in an external magnetic field such as the earth’s magnetic field. Steel vessels are located in the earth’s magnetic field and as a result the domain magnetic fields become aligned with one another and a steel vessel’s hull acquires a surprisingly strong magnetic field of its own; strong enough to detonate so-called magnetic influence naval mines.By building wooden Minesweepers the  magnetic field due to what steel is present will be greatly reduced from what it would be for a steel hulled Minesweeper.
The detonator in a magnetic influence naval mine is also a ferromagnetic material in the form of a magnetized needle as found in a compass. In a compass the magnetized needle always remains horizontal and rotates about a vertical axis for a short time on its way eventually pointing toward the earth’s north magnetic field. In a magnetic influence mine the magnetized needle, called a dip needle, always remains vertical and rotates about a vertical axis for a short time under the influence of the earth’s magnetic field. It is interesting tocompare a dip needle and a compass needle. The use of a dip needle as a detonator is complex.
View More about Wooden Mine Sweepers 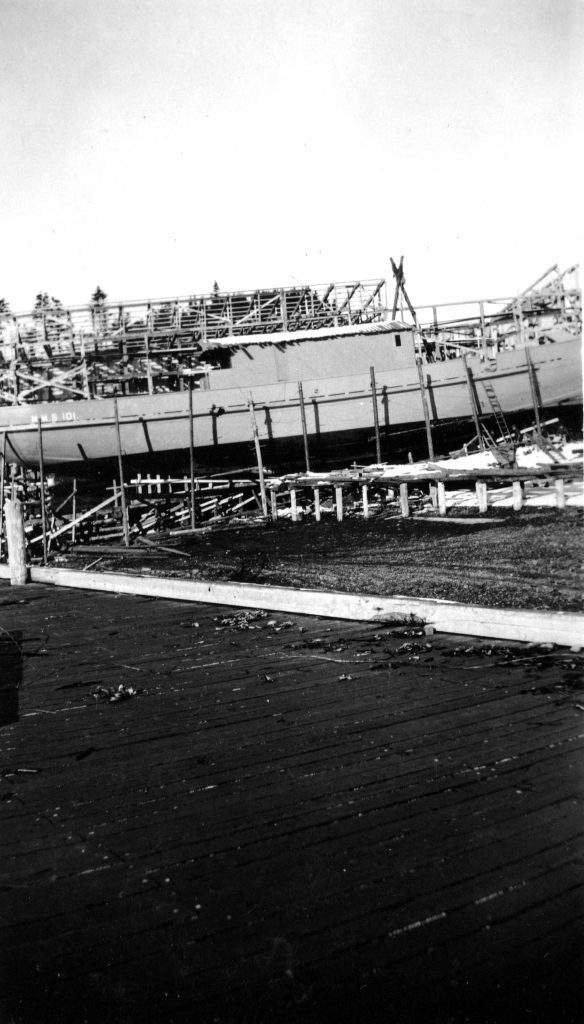 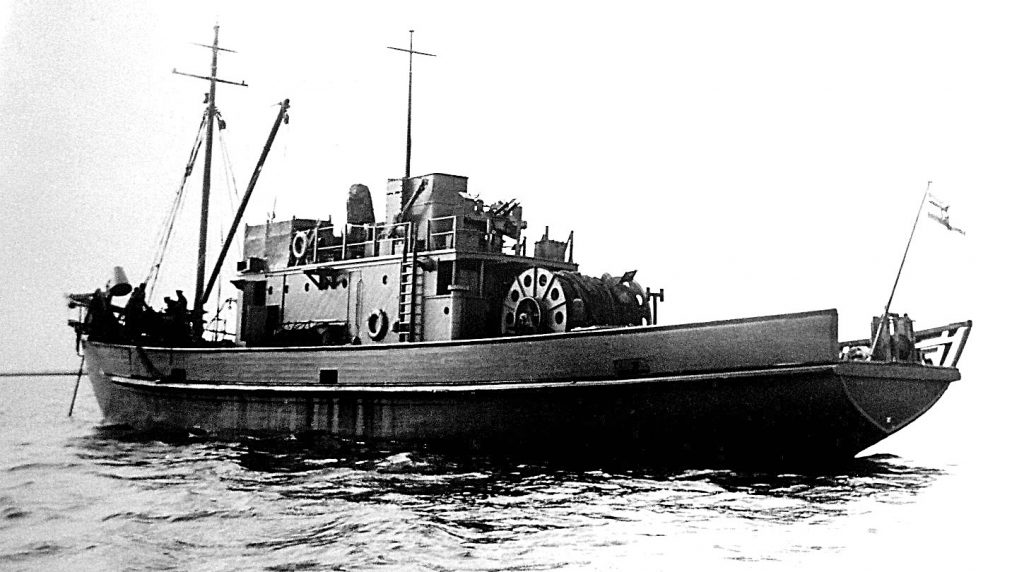 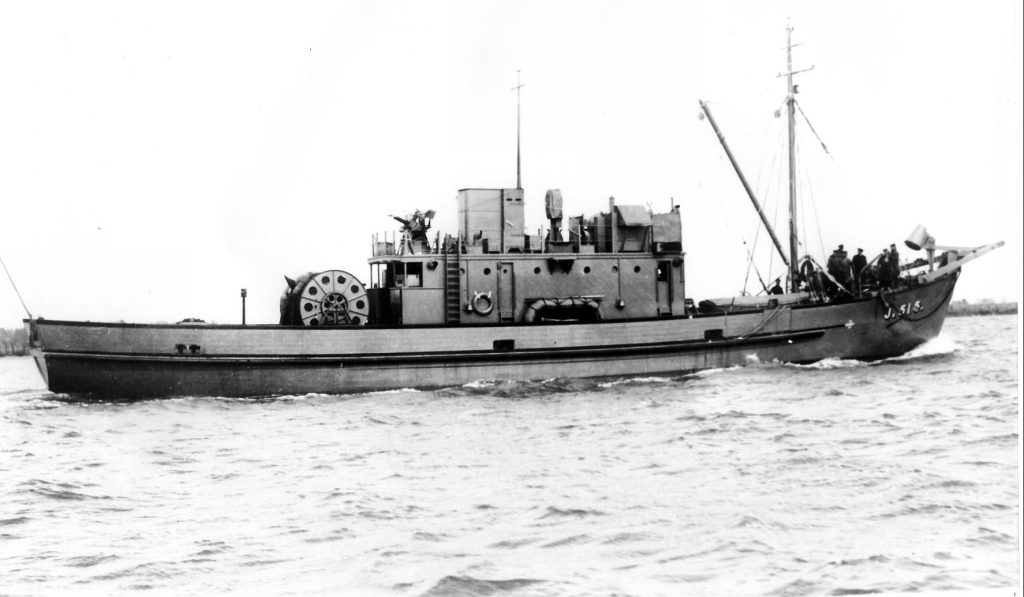 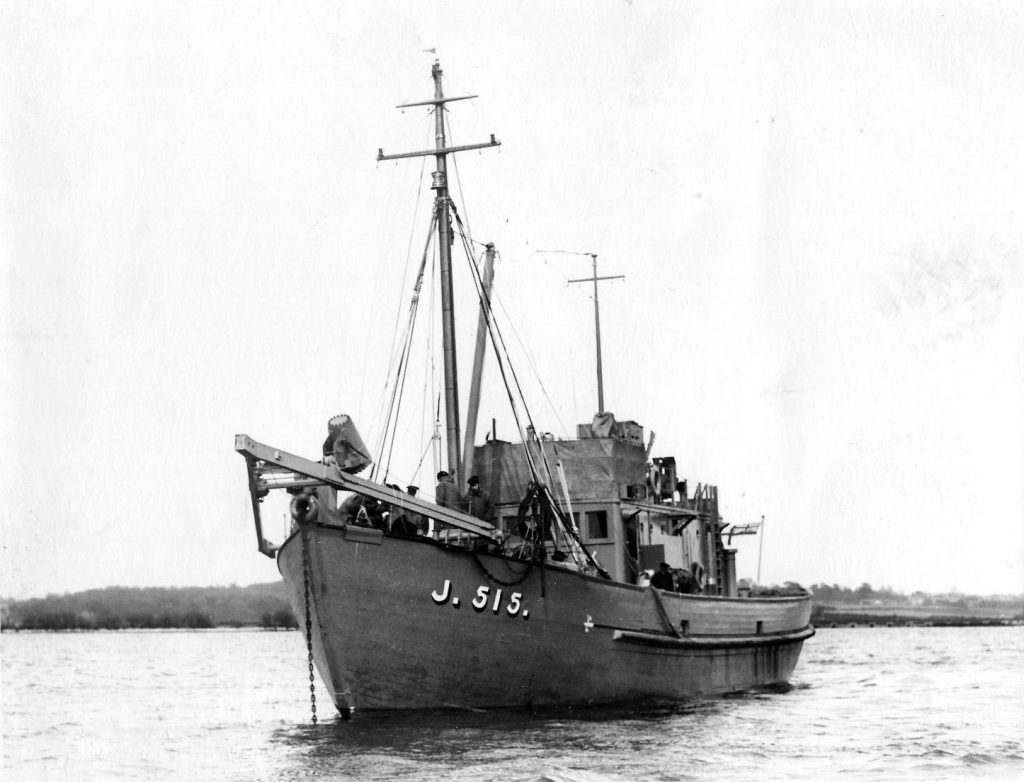